INSAN Iraqi Society for Relief and Development is a registered nongovernmental organization in Kirkuk where ethnic tension has resulted in an unprecedented increase in the number of internally displaced people seeking support the city.  The organization is not linked to or funded by any governmental or political entity. INSAN is a non-religious organisation, thus does not discriminate beneficiaries on the basis of religion.

INSAN focuses on peace building, good governance and participatory decision-making processes to ensure fair participation of all community members, as well as empowering communities through knowledge and development to ensure co-existence and cohesion in the city. Its services are provided to the most vulnerable beneficiaries, ethno religious groups living in areas where impacted by the armed conflict in the region (Shabak Shia, Turkmen Shia, Christian and Yazidi in addition to major groups Sunni Arabs, Shia Arabs and Sunni Kurds).

The project aims to establish  a cross-community training activity with children from diverse backgrounds in the fields of human rights, nonviolence and peace education through art workshops.

Over the period of 2 months 60 children of multiple ethnic backgrounds and from various territories, including IDP children, will be gathered to learn about peace and acceptance in a safe, child friendly environment (Peace Yard).

FCT mission seeks to empower divided cities where cross-community activities needs to take place among divers community backgrounds. The project’s activities to be implemented in Kirkuk have been designed in order to contribute to all lines of needed actions as stated above in order to build capacities of children on peace building, hereafter the society.

Moreover, the children will  also receive psychological evaluation to identify children with PTSD  who are extremely effected from the on-going conflict especially among the IDP children. Identified cases will receive extra psycho-social support throughout the activity period and a follow up session to make sure that their conditions have been stabilized. 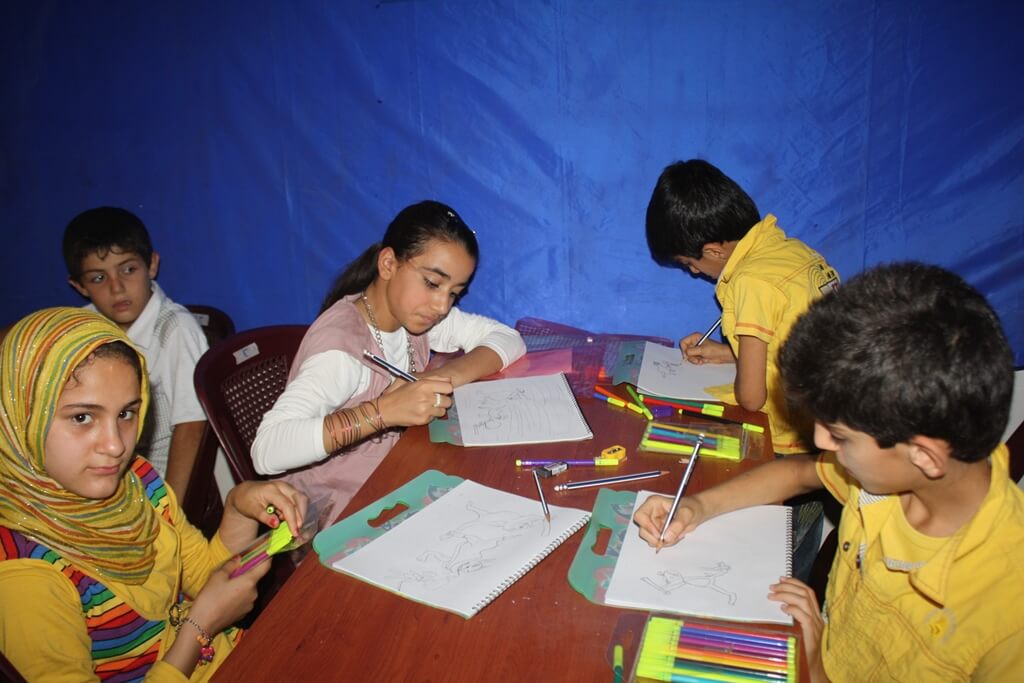 INSAN project aims to encourage cross-community interaction between ethno-religious groups in Kirkuk, to decrease conflicts among groups,  to encourage positive and peaceful attitudes and behaviors of diverse community backgrounds in particular between IDPs community and host community and their children through promoting essential concepts of peace, conflict management, tolerance, community cohesion, co-existence and diversities, through using the medium of manual art, theatre and role play sessions.

Direct beneficiaries: 60 children aged between 7-14 years, 120 individuals of children parents, and 100 community members of targeted areas at the final ceremony).

Indirect  beneficiaries:  up to 1000 members of targeted areas of Rapareen and Hurriya