The funds are being used for the empowerment of two communities: the Sunni Muslims of Bab al-Tebbaneh and the Alawite/Shia Muslims of Jabal Mohsen. It aims to revive businesses on ex-frontlines in Qobbe, Jabal Mohsen and Tabbaneh, focusing on social entrepreneurship and specifically targeting women, youth and persons with disabilities.
The funds contributed to the establishment of a new social enterprise  whose objective is to buy the products from their local businesses, and sell them using online and offline platforms. It also helped build the company branding, and PR packs.
As a part of Reviving Beirut Businesses Project, which aimed to restore access to economic opportunities to conflict-affected businesses, 28 SMEs have already received one-on-one coaching sessions and training focusing on areas like Business Plan, Communication, Digital Marketing, and Emotional Intelligence.

With unemployment being one of the major plights in Lebanon right now, most youth allegedly deal with high insecurity about the future, which is also connected with their joining in armed groups. We acknowledge structural inequalities and societal marginalisation of certain groups, hence the great attention we give to women and youth in order to elevate their social standing, as creative and active individuals in the business sector.

The two main groups residing in Lebanon are the Sunni Muslims in the major coastal cities and the Alawite/Shia Muslims in the south, amongst others. The conflict dynamics between the Sunni and the Alawite community have emerged as a by-product of the Lebanese Civil War, with the groups standing on different sides of that conflict. Adding to that, the conflicting power dynamics during and after the end of the Civil War have fuelled hostile feelings among the groups. Notably, the Sunnis are stereotypically perceived as oppressive and threatening to the existence of the Alawites, which form the -biggest- minority group in the area.
For the reconstruction of the economic ecosystems in post-conflict zones, the revival of local businesses and SMEs play a key role since they can control the local economy in their respective areas. Furthermore, it has been proven through various business projects in post-conflict zones, that SMEs are beneficial not only for solidarity between groups but also for state legitimacy and the advancement of the community sector. Where state capacity is weak, the local private sector has found fertile ground to support stabilisation and peacebuilding through its activities. In fact, it has been estimated that capacity building and business development has the potential to mitigate conflicts through the creation of job opportunities and income. Also, such incubator business projects significantly influence conflict dynamics in the area through their effects on the institutional settings in which they operate. Namely, they have more flexibility in adapting to volatile economic situations in times of economic instability, because they have less to lose so more to risk. Consequently, local SMEs and business initiatives significantly matter for promoting prosperity and peace.

In 2015 four Tripoli residents and activists got together and founded a community centre in Qobbeh, one of the former frontlines of the sectarian clashes that took place in Tripoli, Lebanon between 2008-2014. Through discussions with local residents that suffered from armed conflict, the founders of SHiFT saw an urgent need for people to find ways to sustain themselves without having to rely on benefits from persons or groups affiliated with the clashes. Project emphasis emphasis on improving the livelihoods of people living in the area. SHiFT is a social innovation hub leading the transformation of post-conflict and/or marginalised zones towards peaceful and prosperous communities. It brings people together and bridges differences through building capacities, raising awareness, creating opportunities, promoting success models and mentoring.

Beneficiaries of this projects are existing, struggling businesses in Qobbeh, Jabal Mohsen and Bab al-Tabbeneh. 30 producers who are ready to put their product on the e-commerce. 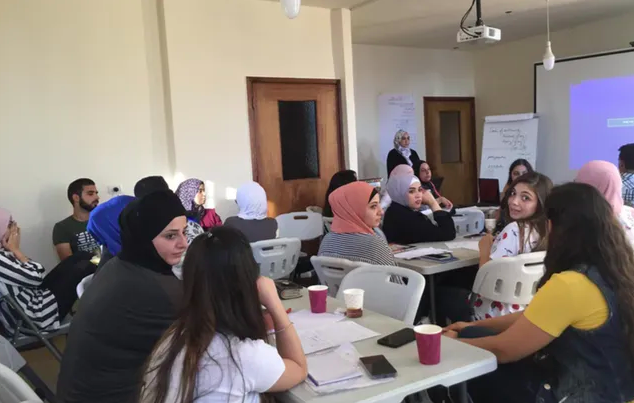 Lebanon is passing through a critical socio-economic situation which triggered the October 17th uprising across Lebanon. Tripoli has played a major role in this uprising but the city is also severely impacted by the situation. With the currency devaluation of over 40% along with capital controls from the bank on both individual and business depositors, and a 30% inflation in prices, shops started closing down, small producers are suffering and the overall purchasing power is dwindling. However, one major positive aspect of the uprising is a renewed sense of citizenship and solidarity among the Lebanese including the diaspora. Like mentioned in the ‘major achievements’ section earlier, SHiFT has been supporting NMSEs to enhance their business knowledge and skills and to boost their production. Alarmingly we are seeing that the low purchasing power is starting to affect them and as well as other businesses in the area.
To continue supporting the businesses in the most marginalised areas of Tripoli, and to benefit from the renewed sense of solidarity, we believe that this can be a good opportunity to provide access to new markets for local businesses and to enhance the economic development and sustainability in North Lebanon.